The Top 3 Challenges Companies Face During the Transition to Scrum 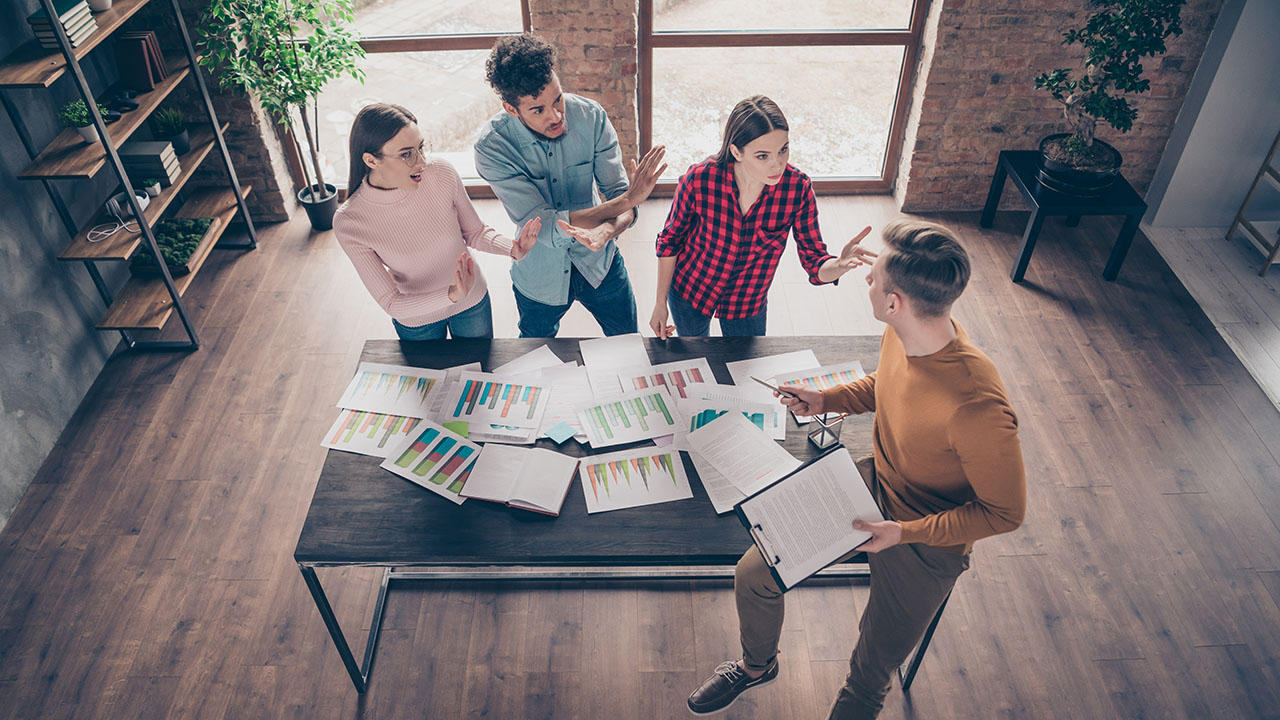 If you're contemplating introducing Scrum to your workplace, you've already read about all the improvements you can expect in speed, quality control, and bottom-line results. But what about the challenges you may face along the way as your organization transitions to this new way of operating?

We asked three experts with many years of experience in implementing Scrum to describe some of the pitfalls that commonly arise during the changeover. Here are their top three challenges -- and some ways to tackle them.

Perhaps the most frustrating roadblock is resistance. It can come in many forms, active or passive, overt or covert, says Mike Cohn, a Certified Scrum Trainer® and author of Succeeding with Agile and Agile Estimating and Planning.

Active resistance may be limited to a few grumpy but isolated individuals, or it can spread to those who foment discontent and agitate to block participation, Cohn says. "People who are actively resisting may try to sabotage the process, so they'll go around and bad-mouth Scrum, trying to talk people out of it." As discontent spreads, it undermines morale, so it's important to isolate the protesters and get them on board — or make it clear they need to keep their concerns to themselves.

Luckily, overt resistance is not common, at least not after the decision to go Agile has been made. Much more likely — and more insidious — is passive resistance.

"Passive resisters pretend to go along with the process, doing stand-ups and giving lip service to the ideas, but their attitude is, 'Who cares?'" says Cohn. "They'll do just enough testing to get by and assume that the tester is going to do the real work." The result, of course, can be havoc when errors aren't caught or others have to cover for the resister.

What's most challenging about dealing with resistance, experts say, is that the pushback may be covert or even unconscious, despite complete buy-in on the surface.

"One of the biggest problems with this kind of change is you're fighting against inertia," says Steve Forte, Scrum Alliance® board member and managing partner of Fresco Capital, a venture capital fund that backs new companies. "Even in a start-up, you're competing with standard operating procedure. Most people believe Scrum is the right thing to do, but that doesn't mean it's easy to make it happen -- what it comes down to is people's difficulty in making change."

To break through inertia, what you need is momentum, says Cohn. "You need to create the feeling within the organization that this is inevitable: 'We're doing this, this is going to happen with or without you on board.'"

Motivation is also key. "You've got to create a sense of urgency — you might tell the company, 'Look, our competitors are killing us, we're going to go out of business if we don't do something.' Communicate the sense that this is important," says Cohn.

Because Scrum introduces such fundamental change to the way people work, there's room for great confusion in its daily implementation, experts say. It's common for people to think they understand Scrum but to confuse old terminologies and methods with Scrum processes and terms.

"This is a true culture change, a fundamental change in how every one spends their day," says Tom Ulrich, senior director of Software Development for Tandem Diabetes. "If a company is coming from an ad hoc or document-driven process, then this is a huge change."

The Question of Estimates

One common misunderstanding: estimates versus deadlines. "They're not the same thing, and this can be difficult for people to get used to," says Ulrich. "This includes managing business expectations for deadlines."

Reeducation involves learning to think of the production process in terms of increments and adjusting expectations accordingly, Ulrich says. "Let's say you're building a website. You don't set a deadline and expect to get Amazon.com. One sprint might just be about the search function, the next sprint might be the buy button. It's a different mind-set."

The Question of Roles

Another problem area, according to Ulrich: project management versus product ownership. "People often don't understand that the ScrumMaster is not the project manager, and vice versa. Also not having a product owner — misunderstanding what this is and how it works."

The Question of Meetings

Then there's the issue of teams and meetings. "People are unlikely to be familiar with cross-functional teams and don't understand that everyone involved in the project should be part of the team," says Ulrich. "If you don't do this, people can end up attending several different meetings a day." The inefficiency can be maddening — and the opposite of what Scrum is supposed to accomplish.

To address these issues, it's essential to do a full and complete change to Scrum all at once, says Mike Cohn. "Trying to go slowly, or do partial or gradual Agile process, doesn't work."

3. Failing to Adapt to Changing Roles

Transitioning to Scrum shakes up roles throughout teams, departments, and even the entire company, and that can be scary. Managers, for example, may fear a loss of authority or control, while team members may have trouble stepping up to a group-driven process.

With teams managing their own work, members have much more responsibility for scheduling, prioritizing, and decision making, and this can feel like additional pressure.

"In Scrum, all these decisions are supposed to be joint decisions. Theoretically, the team doesn't even know what the next sprint will be [about] until the current one is over," says Forte.

One strategy to support self-government is to keep teams small, says Ulrich. "If a team has 18 people, meetings take too long and cross-participation gets lost." To keep group decision making efficient, break large teams up into smaller ones, he advises, but make sure they remain cross-functional.

Another issue: Some teams transition to Scrum while the rest of the company continues with the status quo. "Often management still wants command and control but wants the team to do Agile to be faster and more efficient. It's very challenging when you have different people playing by different sets of rules," says Mike Cohn. "If management is still saying things like, 'Tell me exactly [what day] you will be done with X project 18 months from now,' then we're not going to be able to do Scrum."

How to solve that problem? "Send every senior person to Scrum training," says Ulrich.

While being Agile in all areas of a company may seem challenging, it's essential to Scrum's success, says Ulrich. "In my opinion, Agile is about both the business and the technology," he says. "If you skip half of it, you're diminishing the value. Agile truly is about communication, so if the business side is disengaged, then by definition half the value is not being applied."

Putting it All Together

So what's the secret to a successful transition? Going deliberately, and sharing the successes across the company as they happen, says Ulrich. After all, seeing is believing, he says. "You have to become a true believer on your own — that's just how it has to happen."