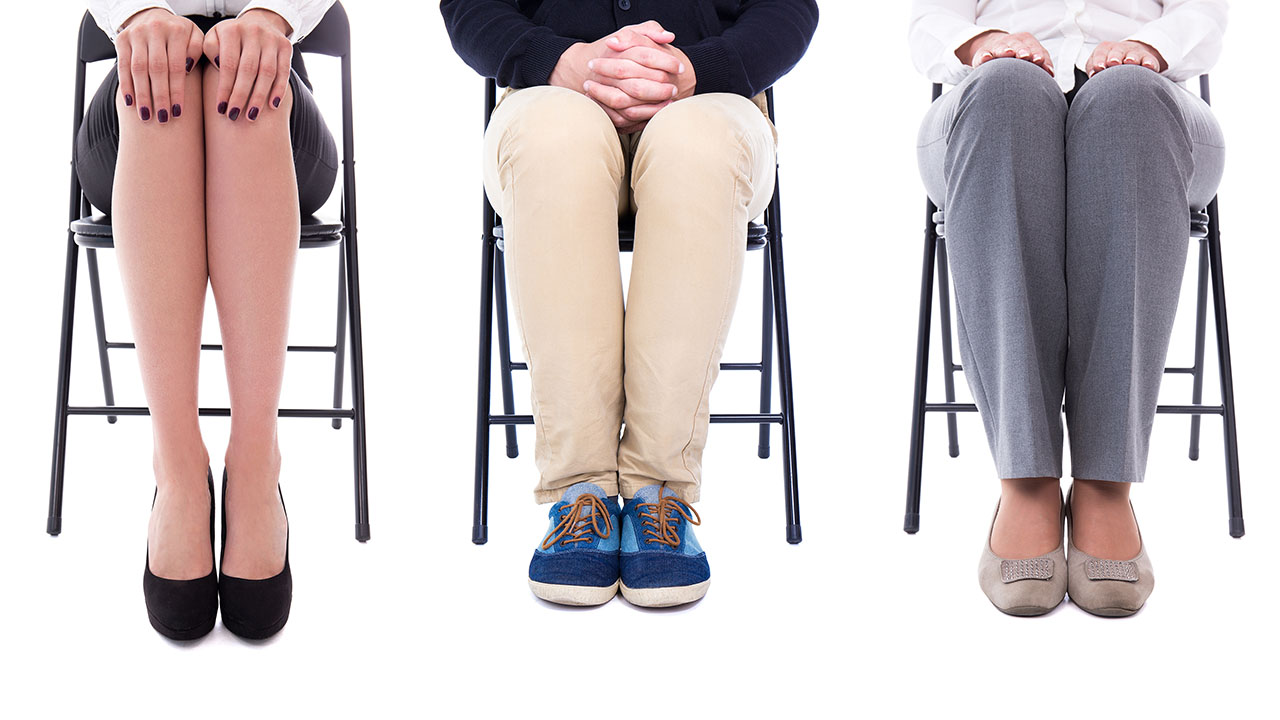 Ideally, a company's transition to an agile organization is a welcome and positive experience for all managers and teams right from the start. But when reality sets in, some resist the change, particularly those in management.

From their perspective, Agile would create problems by lowering their status and worth to the company and negatively impacting their teams’ performance. Senior consultant and Certified Scrum Trainer® Arne Åhlander finds that these concerns are not uncommon. A comment made by one such manager to Åhlander during a company’s Agile adoption typifies their skepticism: “I'm afraid that this new way of working will result in lower quality products,” he told Åhlander. “I cannot see how making the whole team responsible can really help us.”

Åhlander has been helping companies in business development for over 20 years and is the founder of Aqqurite, a Lean and Agile product management company based in Sweden. He finds that gaining early confidence from such managers can be challenging but becomes easier when they see that Agile can actually deepen their worth and improve their teams’ performance.

Related: High-Performance Teams — Why the 'Who' Matters Less

Åhlander recalls a recent transition he facilitated at a Swedish mobile company. The decision to become an Agile enterprise — and Scrum in particular — had been made and pilot teams had been chosen. Implementation was underway when Stefan, a new R&D manager with a command-and-control style, was introduced to the project.

He immediately expressed wariness toward using Scrum but was willing give the pilot projects a try after speaking with a few managers who were experiencing positive outcomes. It turned out that Stefan was not the only one with reservations, and a few reluctant project managers from one team approached him with the suggestion of abandoning Scrum and returning to their old way of working.

But by the time they had approached him, Stefan had observed so many positive effects from the other teams, his attitude had changed, and his response was to continue using Scrum. But it gets better. Stefan was so impressed, he expanded the initial plan from a few pilot teams to 15.

While Stefan and managers like him are ready to support Agile after experiencing success, their initial buy-in on a pilot project is often based on a willingness to listen to others and be open to change.

But for a successful transition to take place, it is just as important for the ScrumMaster® or facilitator to listen to the managers’ initial concerns and appreciate the academic and professional cultures that have shaped their perspectives.

Related: The Top 3 Benefits Companies See During the Transition to Scrum

In a three-part article series titled "How the West Was Lost to Managerial Totalitarianism," Kurt Nielsen, Certified Scrum Trainer® and CEO at AgileLeanHouse A/S, points out that our society has been actively promoting a culture of competition and performance rating for the past 70 years. In academic and professional environments, people are often forced to work against each other because it has been accepted as a means for making people work harder and produce results.

Nielsen refers to those who have totally bought into this thinking today as neo-Taylorists, named after Frederick W. Taylor, a management consultant from the late 19th and early 20th centuries. People, of course, want to survive, so current managers conditioned by the Taylorist model will be competitive and likely feel threatened by the thought of giving up their status as a command-and-control manager.

In politics, reality shows, the stock market and even the news, the junior person's role models have been people who focus on increasing and wielding their own power. Even worse, the educational system teaches young people that success is about being able to figure out the system.

As a result, the novice thinks this is the way to operate. Is it any wonder, challenges Nielsen, that companies attract job candidates whose main qualification is knowing how to tweak and game systems?

“In companies, we now have a massive educational challenge in de-teaching people these characteristics and getting them back to true learning and value focus,” says Nielsen.

Recalling his early career days, Nielsen writes, “I had lived my educational and professional life in this neo-Taylorist period, in fact I thought that was how things just were. I tried to be like that, with immense inner tensions as a result, because intuitively, I felt it was completely wrong, but I was always afraid that a more likely explanation was that I was not fit for the modern world.

“When I stumbled upon Scrum in 2005, it was a minor revelation to me. Ken Schwaber dared to call for a show of cards in his 2001 book ‘Agile Software Development with Scrum.’ It was really the emperor's new clothes; there was a better way and it was there a long time before this other stuff as well.”

Agile trainers and company ScrumMasters find that everyone benefits when they acknowledge the cultures that have influenced the reluctant managers and listen to their concerns. In turn, these managers are more willing to listen to others and give Agile a try. As they adopt this style of management, those at the executive level need to support middle managers as they integrate the expectations of upper management with the needs of their teams.

Related: The Top 3 Challenges Companies Face During the Transition to Scrum

While the Agile environment embraces collaboration, Åhlander would not expect a manager to seek input from the team in every situation. In simple situations where a proven method is in place, the manager may elect to make the decision himself or keep in place the process that has been used successfully in the past.

For a deeper dive into this topic, Åhlander recommends an article titled "A Leader's Framework for Decision Making," by David J. Snowden and Mary E. Boone. The authors agree that exhaustive communication among managers and employees is not usually required in simple matters.

However, the authors recommend that even in seemingly simple situations, managers should remain open-minded. At times, issues may be misclassified because of oversimplification, overemphasis on past experiences, and failure to notice that the context has changed.

In Åhlander's experience working with companies internationally, he has found that teams are usually in a good position to make decisions. The manager's worth in moving a project forward is not a matter of telling others what to do but of creating the best circumstances for the team to work effectively and efficiently. In effect, he leads by serving.

"A servant leader is a leader is one who paves the way for teams and individuals at the same time as challenging [them] to reach higher levels and to become what they never thought was possible,” Åhlander says. This leader’s expectations go beyond capabilities expressed in the past, to new potential ready to unfold.

Related: Accelerating the Transition from Walking to Running

Andrew Dahl, who has helped lead Agile transitions at Zendesk and currently at Falcon.io as VP Product Development, finds that teams are most successful when managers empower their members. It’s a matter of giving individuals enough autonomy to think for themselves and come up with solutions. “When workers get that they are capable of understanding the problem and can make decisions, that's empowerment,” says Dahl.

Sven Carlstedt, R&D manager at Assa Abloy Entrance Systems, puts it this way: “There is an inherent desire and energy in people to contribute.” Carlstedt has led successful transitions at Ericsson Modems and ST-Ericsson, and is currently leading change initiatives within Assa Abloy.

Carlstedt finds that people want to be a part of creating something, especially if they are engineers. "There is a driving force within people," he says. From Carlstedt's perspective, the manager is not there to motivate his team, but to provide an environment where team members motivate themselves.

"Scrum is not about being nice to people," says Carlstedt. Rather, he finds, it is about creating a workspace that encourages team members to contribute. “Agile has taught me to put more focus on the ‘how’ instead of ‘what’ [or]’when’ and thereby really put focus on growing the team or organization,” he says. “Uncovering the underlying reasons to a problem with why we fail or have challenges has often led me to initiate coaching towards specific behaviors that the organization needs to master.”

Related: Four Ways to Ease the Transition from Waterfall to Agile

When implementing an Agile transition company-wide, Nielsen finds that commitment from at least one senior executive is needed. He suggests starting the transition with one good project, a committed team, and someone in the company to serve as the ScrumMaster.

With that done, define a worthwhile purpose for your project; be transparent and visible by openly displaying issues and opportunities; institutionalize learning so everyone can contribute their thoughts and be heard, and promote self-organizing teams and respect for one another.

Åhlander recognizes that an Agile transition may not be an easy path for all managers initially, but it becomes much easier as they understand and demonstrate the values of Scrum: commitment, respect, openness, and courage. He finds that successful managers express an interest in people and support the growth of teams and individuals.