The Trouble with Sprint Burndowns 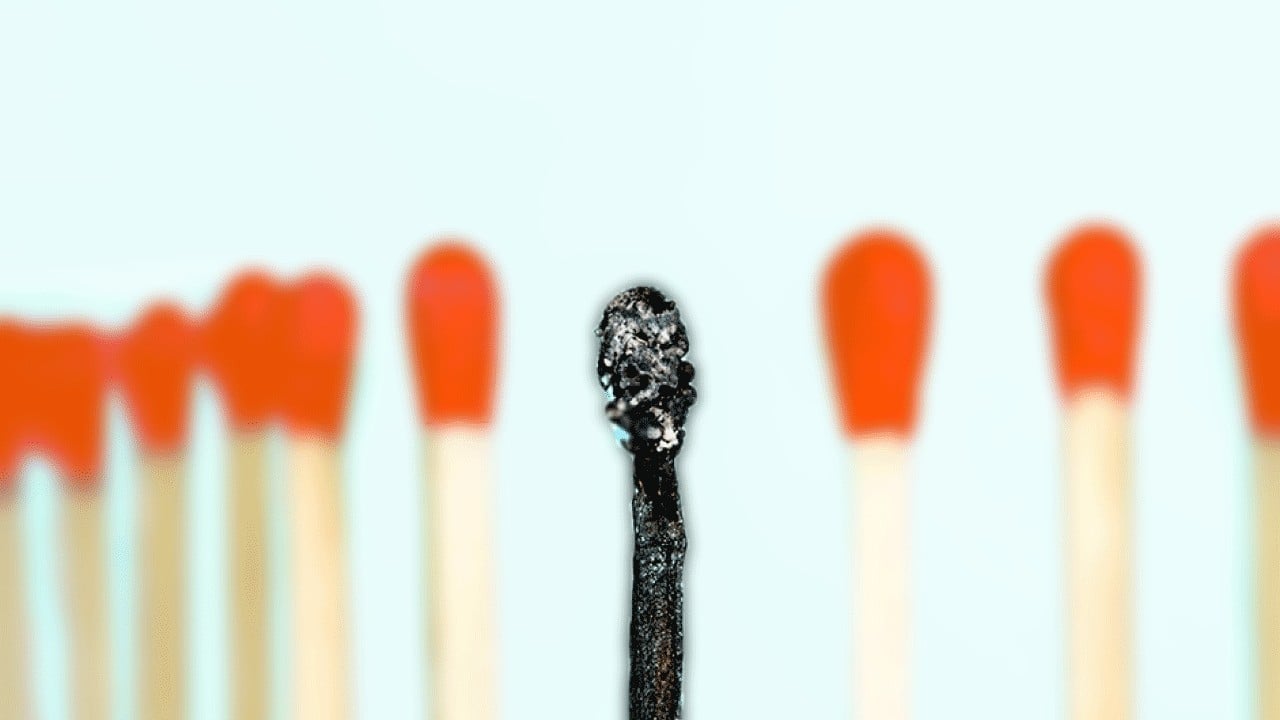 Sprint burndown charts claim to help scrum teams keep on track and meet their goal by showing the remaining work compared to the number of estimated task hours. But are they really helpful? Experts aren’t convinced.

The World’s Smallest Online Bookstore (WSOBS) is a fictional company that offers curated choices to buyers, and we will use its scrum team to demonstrate…

It’s six sprints after the “Overtime/Disastrous Release” that set the WSOBS scrum team back by several months. The pressure to deliver more features continues to grow.

During sprint planning, the team committed to a sprint goal of “Gift cards can be purchased and redeemed.” Reviewing the prioritized product backlog and the estimated items, the team forecasts that they can complete nine user stories towards that goal in this sprint:

The stories have estimates (sized 1, 2, 3 with one 5), are reasonably well split, and have initial acceptance criteria. Their total of 24 story points seems achievable based on the team’s current average velocity of 22 story points completed per sprint. They have broken the stories down into tasks with a total of 323 estimated task hours, which is also reasonable for a two-week sprint and a team of six people. So they should be all set, right?

Day by day during daily scrum, the team updates the number of estimated task hours of work team members currently agree are remaining in the sprint. This table shows that progress:

In the corresponding burndown chart below, it looks like the team is on track to meet its sprint goal. Or is it? 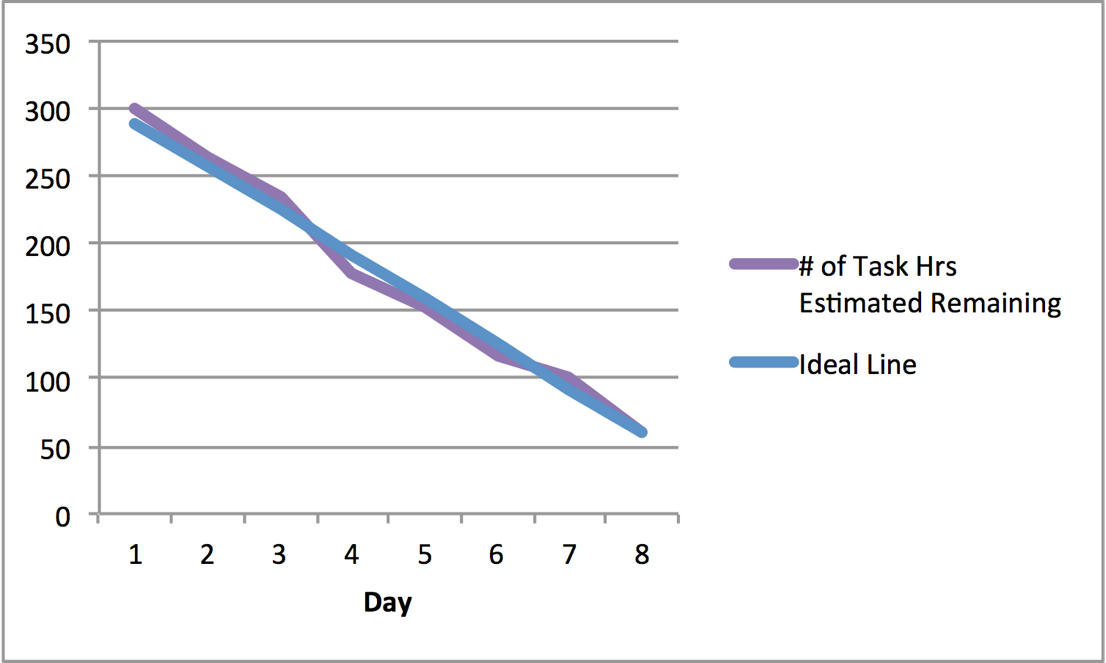 Every day during the sprint, Steve (the scrum master) asks the team, “Are we still on track to achieve our sprint goal?” The team answers, “Yes.”

On Day eight, with only two working days remaining in the two-week sprint, Steve asks his daily question and, all of a sudden, the answer is, "No."

Yikes! How? Why? Everything was looking so good, according to the chart!

The team has approximately 60 hours of work left, four completed stories, and five in progress. Steve asks, “Which stories can we realistically complete?” The team convenes a meeting with product owner Paula to discuss how to handle this. They pick two user stories to focus on and drop the remaining three.

Six of the original user stories will get completed. That’s really not so bad, is it?

Is it really that bad? Yes!

A team that doesn’t regularly meet its forecasts will lose the faith of its product owner, and the business as a whole. When the team’s forecast in sprint planning doesn’t mean anything, then team members won’t be focused on getting to the goal. Along the way, predictability goes right out the window.

How did this happen? The team used a sprint burndown chart. It was supposed to keep everyone on track.

The value of tracking depends on what you track.

The sprint burndown tracked estimated hours of work remaining to get people to focus on a perceived “ideal” line (properly called a “rhumb” line). People tend to focus on the rhumb line because that’s what they think management wants. They pay attention to it even when it isn’t drawn because we assume the natural path to "done" follows that line. In reality, sprint work rarely does.

During the daily scrum, some teams update the burndown chart to indicate the number of hours of work remaining on a task. It’s not uncommon for them to do so by reducing it by the amount of time they worked on it, not by the amount they honestly think remains. After all, it’s embarrassing to admit that you just spent six hours on a task, but the number of hours remaining has only been reduced by two. As a result, the discovery of problems is significantly delayed since the chart shows a distorted view.

This happens because we don’t like to think about the work that still remains, rather we prefer to record what we’ve done.

It’s human nature to focus on what is being tracked. A sprint burndown chart puts the spotlight on delivering task hours, rather than value to the customer (i.e. sprint goal and product backlog items).

Consider these two teams on day eight of a two-week sprint. Assume the team worked on the same stories for the same sprint. Team B paid attention to sprint burndown and Team A focused on delivering value.

Clearly, Team A is better off, even though it has more task hours remaining. It focused on getting it user stories to complete. With Team B, even though its burndown chart would look closer to the ideal line, we’ve no idea what will really get done. In the real world, some of Team B’s stories will probably bottleneck on testing and not get completed, since it has so many items in progress at once.

To find something that works better to help your team, here are some experiments you can consider running. Some of these will take longer to pay off than others.

Like Brutus, I come not to praise sprint burndown charts, I come to end them. As I have shown, burndown charts are a relic of a bygone scrum age. Please use some of the techniques above. They will improve your team’s predictability (the original purpose of burndowns) and their throughput.

Read more stories about the world’s unluckiest scrum team at Scrum by Example. For more complete definitions and resources for BDD, ensemble programming, or pair programming, visit the Agile Glossary and Reference Library. 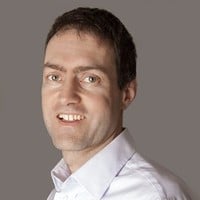 Mark Levison is a Certified Scrum Trainer and principal Agile Coach of Agile Pain Relief Consulting. With over 30 years of experience in the IT industry, he has been learning and teaching agile since 2001. Introducing scrum, lean, and agile methods to many organizations — from government departments and banks to healthcare and software companies — Levinson has coached thousands of professionals throughout Canada.