Podcast: Pivoting in Response to COVID-19 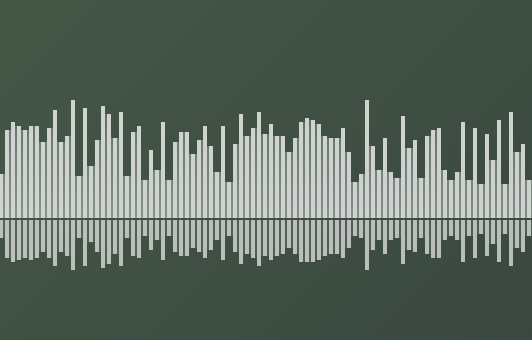 Editor's note: This article is one of a series designed to be At Your Service as we all learn to connect with one another even while we're remote. Because together we are not alone.

In the latest addition of the Scrum Alliance podcast, host Shannon Larsen sat down (virtually) with Howard Sublett, Chief Product Owner at Scrum Alliance. Together, they talked about how the organization has responded to the COVID-19 crisis and what the new normal might look like.

We invite you to listen to the entire podcast.

Or read the transcript below.

Welcome to the Scrum Alliance Podcast, where we hope to guide and inspire individuals, leaders and organizations with agile practices, principles and values to help create workplaces that are joyful, prosperous and sustainable. In this episode, we're speaking with Scrum Alliance Chief Product Owner Howard Sublett. And learning about Scrum Alliance's pivot towards remote working.

Just two weeks ago, we actually took all of our teams and made a pivot. For most companies, the thing we did two weeks ago would break a lot of companies. You know, I was sensing from a product owner point of view that there were really three big things that we needed to focus on as an organization and many of the things that the six teams were working on were valuable, but they weren't as valuable as those three things that I was seeing in the world.

So on the day before Sprint Planning, so the day before it's time to get started, we had a quick kind of an all-hands call, where basically we said here are the three things that I need everybody to work on and to self-organize around. And you don't have to be in your in your fixed team to do--and go. And within just about an hour or two, the teams started to come together; champions had come together for those items; backlog started getting drafted in in virtual backlog tools. There was a an hour or so I think later that day or the next morning where people showed up for the different teams and kind of opted into them.

And this week is the end of that two-week sprint and I've been amazed at the amount of work done. Matter of fact, one of the teams took to heart so much the work that we were asking them to do, they decided a two-week iteration was way too long, in order to get enough feedback, so they did two-day iterations. So every other day they released live product to the world in order to get enough feedback, so they had enough cycles of of inspection and adaptation in that sprint.

Companies that are not built as an agile company in their DNA, if they're not organized into teams in an agile way... there's no way that they could do that and not miss a beat. Where in maybe an hour worth of the vast majority of our people going, "Uh, I see why we're doing that. I don't know how we're going to get that done." So there was probably an hour of thrashing, of how do we get together, how do we work, which team are we on, how do we do this? But that was the only waste really in that was that about am hour and then the teams have just been killing it. They've just been killing it this last two weeks.

What do you think is coming ahead for the staff and people at Scrum Alliance--the trainers associated with it? We don't know how much longer we'll be kind of in this bubble, I guess you could say, this working from home bubble, social distancing bubble, but what do you think will happen? Do you think that we'll continue doing virtual courses? Do you think that's an option?

You know, I don't know. What I do know, though, is that agile companies are built for this kind of thing, where this is what we're designed for. We've we've been saying for, you know, nearly 20 years now that for companies to be able to survive in a volatile world, in an unsure and unpredictable world, into this VUCA kind of a concept... that they need to be built in a way that they can pivot on a dime. Right? And now there are literally 10s of thousands of--hundreds of thousands of companies--that are wishing they would have been designed that way. So, you know, outside of all of the human suffering that's happening now with people--sicknesses and death--which is just mortifying to watch, the world economic crisis is going to have to get back to... you know, I've never seen I mean, if you look back at the Great Depression or anything else, we come out of those kind of things far stronger than we were into them. So the skills that our community and our organization are teaching, the things that... the mindset, this agile mindset that we're trying to help individuals deeply understand and learn are going to be some of the most important skills of this emergent new normal.

So this where we are now locked down in houses and not being going out abled outside isn't the new normal This is that kind of "Holy crap, what's going on? We've got to stay safe" kind of moment. But the new normal that's going to come out the other side has so much uncertainty to it. Will, will people desperately want to get back together in large, large groups? Or will the government regulate it to the point that we can't any more? Will companies now realize that remote working can be as valuable? Or will other ones decide it can't be? And we have to go back? Will you know, will we ever go to a movie theater again, when when movie companies are releasing, you know, first release movies directly to our TVs in our houses? I don't know any of the answers to any of those things. And I don't know anybody that does and if they know the answers, they're probably wrong. But I know that companies built like, what we're building what we have and the companies that build based on our principles and values that we teach are ones that can adapt to overcome whatever that emergent new normal is.

Awesome. Thank you very much.

Thank you for listening to the scrum Alliance podcast.