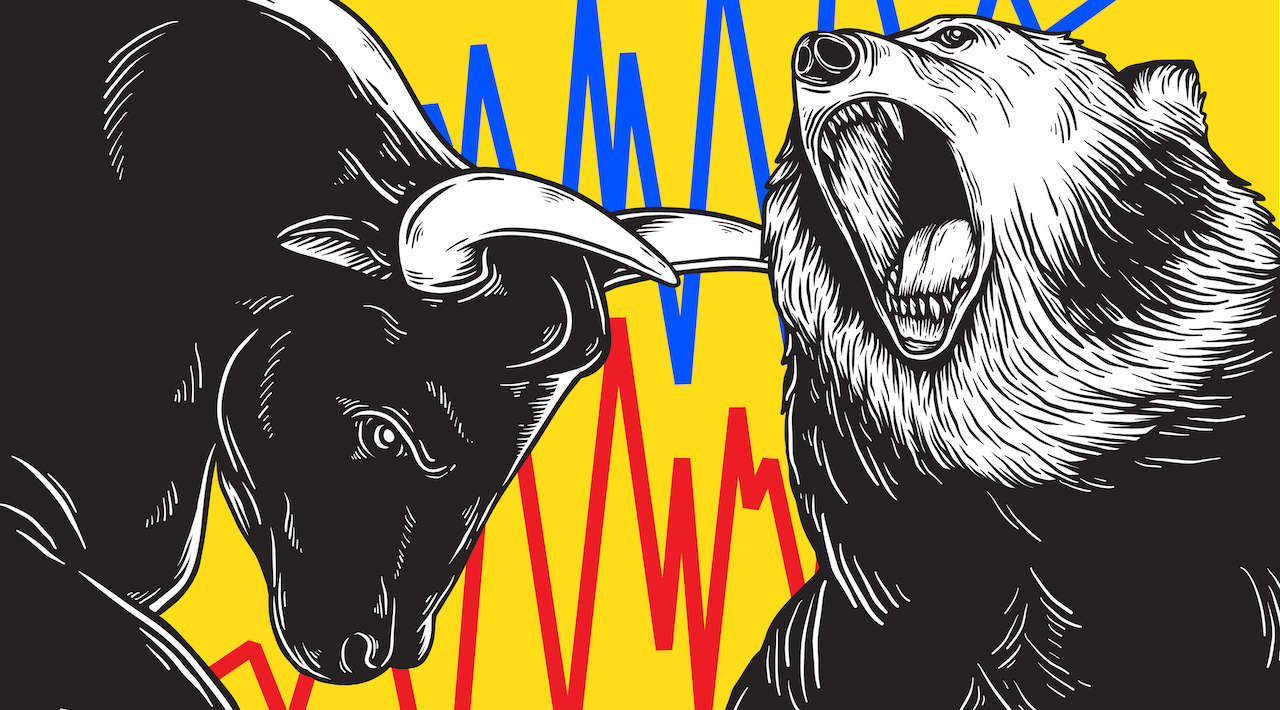 When Tim Hockey became CEO of TD Ameritrade in 2016, he declared his intention to boost the company’s entrepreneurial metabolism through a transition to agile. and hired Chief Information Officer Vijay Sankaran to help him do it. Two years later, TD Ameritrade has more than made good on Hockey’s commitment, having almost tripled the company’s technology investment from $75M to close to $200M.

Fueling their success is the development of a repeatable process that takes ideas from concept to market in an average of 68 days. Year over year in 2017 and 2018 the company executed a record number of deliverables while cutting costs per deliverable by half.

This level of change in such a short period might surprise those who picture the almost 45-year-old financial services giant as a ship slow to turn. The company’s sheer size would certainly suggest a staid approach. Founded in 1975 as First Omaha Securities, TD Ameritrade today is one of the largest discount brokerages in the country, managing more than $1.2 trillion in assets through 11 million client accounts. In addition, the company provides custodial services to more than 7,000 registered investment advisors. The company executes an average of 928780,000 trades per day for its clients, making it America’s largest brokerage when measured by the number of client trades.

A quick look at the company’s history, however, reveals a greater openness to new ideas than most of its rivals in the finance industry. For example, TD Ameritrade was one of the first to launch e-trading, which was viewed with skepticism, and even suspicion, at the time. The company has also been ahead of the curve in the move from desktop computers to mobile devices – last year more than a quarter of those 928,000 trades were executed on mobile devices.

Sankaran, too, has a history of bringing rapid innovation to a company not known for its quick moves. He came to TD Ameritrade from Ford Motor Company, where he held senior leadership positions including Chief Technology Officer IT and Director of Application Development, and spearheaded a shift from project-based to product-led management. The move from the auto industry to financial services might seem an unusual one, but there is an important commonality, Sankaran says. Both are older industries in which technology – Sankaran’s specialty and his passion – is bringing about rapid and disruptive change.

“It started when we were working to enhance our robo-product, and I said let’s utilize agile and see if we develop better outcomes,” says Sankaran. Despite the company’s long history of a traditional waterfall management style, the reception was overwhelmingly positive, Sankaran says. “We were able to develop new products in a matter of months as opposed to years.”

The benefits of agile management became apparent a second time when TD Ameritrade was faced with a challenge set by the DTCC (Depository Trust & Clearing Corporation), the central clearing authority for the brokerage industry charging with standardizing processes in capital markets. The agency announced an ambitious modernization mandate known as the T+2 platform, which called for brokerages to settle transactions within two days.

“We decided `Let’s try this with agile,’ and we were the first firm selected to test this and go live with this plan,” says Sankaran. “Now we had two visible examples in the ecosystem in which agile was able to deliver value to market a lot more quickly, and based on that we began to introduce agile in each of our lines of business: retail, institutional, trader, and back office.”

Starting with retail, the teams set out to create a more streamlined, personalized user experience and intuitive eco-environment. For institutional users, they took it a step further. “We’ve created brand new experience for our institutional users, who need to integrate all sorts of third-party data. Now our advisors can see it all in one pane of glass.” A similarly integrated interface is launching in the second half of 2019.

For the back office line of business, the challenge was a legacy system that was prone to bottlenecks. “Using about a dozen agile teams, we’ve broken up this monolithic system so teams can operate autonomously, which allows them to go faster. They can do things like instant funding, money movement, and account opening a lot more rapidly,” Sankaran says. “By investing in agile, we’ve truly transformed our technology footprint and are able to deliver a lot more capability to market faster than we could before.” Perhaps the most visible results from TD Ameritrade’s agile adoption have come in the area of automation, and most specifically in the realm of virtual assistance technology, or bots, designed to enable consumers to utilize popular communication channels to manage accounts and even to execute trades.

In 2017 the company launched an intelligent chatbot on Facebook Messenger chatbot, a breakthrough example of using AI capabilities to enhance the consumer experience. “For our clients, we’re providing an authenticated experience where they can check their balances and positions, create watch-lists, look at price growth over time, and get answers to their questions about 401Ks and other investment vehicles,” says Sankaran. In the latest iteration, the intelligent bots can even be used for buying and selling equities. Non-account holders can use the interface to get market updates and news.

The nimbleness of execution is evident in the speed with which the company is developing these new AI-based products. The past year saw the company launch or improve text and voice-based bots for many of the most popular consumer and business interfaces: Apple Business Chat, Twitter Direct Messages, Facebook Messenger, Alexa, WeChat and Amazon Echo.

“This is our biggest area of focus right now - we want to be able to support our clients and associates by delivering trading and financial management services anytime on any platform,” Sankaran says. “These are the communication tools consumers and businesses are using, and there’s no reason they shouldn’t be able to use them to manage their investments.”

Sankaran credits the speed with which TD Ameritrade is able to execute the technologies to the use of application programming interfaces (APIs), which allow new bots to connect with and build on existing digital services with a minimum of new development. For example, TD Ameritrade recently delivered a virtual reality experience in Oculus Go under an extremely quick turnaround. “We’ve been able to do this because we have a dedicated team in place and they can apply algorithms, test and learn,” says Sankaran, likening the back-end technology to design DNA. “There’s no way we’d have been able to deliver all these capabilities to market without these API-based capabilities.”

While AI bots have generated some controversy among those concerned about their potential to replace human jobs, Sankaran sees such services as supporting not just clients, but associates as well. “Our goal is to free up our associates to focus on meaningful dialogues with clients rather than spending their time answering simple questions like where can I find my tax form,” Sankaran says. “People don’t like to call the call center for basic requests, and we don’t want them calling the call center either, not for this type of thing.”

The services have indeed proved popular with consumers, who increasingly prefer accomplishing financial management tasks at their own convenience. “The goal is that I can be in my living room on a Sunday night and I don’t have to wait for the call center to be available, I can sit with my laptop on the couch and change my beneficiary right now while I’m thinking about it,” says Sankaran.

An incubator for innovation

One of the most significant ways in which Sankaran jump-started TD Ameritrade’s agile transformation was by launching an incubator-style Innovation Center at the company’s Ann Arbor, Michigan office, where he is based. “We started the innovation center to focus on experimenting with new technologies and design and to really infuse new thinking into the company,” Sankaran says. “Ann Arbor is where we had come up with ideas and design thinking when we needed to accelerate development of robo-trading, so we prototyped that experience and grew it over time.”

Today the Innovation Center has grown to over 200 people who have expanded their focus more broadly to include automation, data analytics, and the AI trader platform. “It has become a full-fledged center for software engineering,” Sankaran says.

The Innovation Center has also reached beyond its initial purpose of inspiring creativity among the Ann Arbor staff and has become a testing ground for changes that are spread among TD Ameritrade’s many other offices. Lessons learned in Ann Arbor included the importance of an open floor plan and collaborative work environment and the organization of multidisciplinary teams.

“We applied everything we’d learned in Ann Arbor to all of our other offices, and now we’ve got mini agile centers in Jersey City, Chicago, Omaha, Columbia, and Maryland,” Sankaran says. “We deployed coaches to each of our centers who gave guidance around the role of the team, how to organize a team, and on the best way to create a team environment. We try to take all of the roles that are required to take an idea through production and bring them together in an integrated team to optimize the production pathway.”

When TD Ameritrade acquired discount brokerage Scottrade in 2017, they introduced their agile innovation practices the new St. Louis office as well. “As part of that purchase, we took on a large, footprint of technology resources in St. Louis and now we’ve introduced agile and replicated that agile environment there.”

Sankaran chose as his partner in this endeavor Bill Nazzaro of Process Synergy, with whom he’d worked when introducing agile to Ford prior to joining TD Ameritrade. “Bill is fantastic. We first worked together at Ford in 2010 when we commissioned a program to train 135 people leveraging agile,” Sankaran says. “These are complex spaces and we needed someone who combined agile management skills with a strong engineering background. Bill has assembled a set of coaches who understand enterprises like this.”

A big part of the change was a shift from project-led management to a product-approach. “Our goal is to blueprint around a product line-based model, pushing more and more upstream to the product using automation in DevOps to power the teams,” Sankaran says. This in turn required a mindset shift to crafting software in rapid, iterative cycles, and a comfort with iterative releases that launch products into the market at a stage at which they may still require fine-tuning.

A new way to work

Inspired by the transformation taking place in technology, company leadership is looking to spread agile innovations beyond software to other areas of operations. The marketing department, for example, recently kicked off a move to a more agile approach in the development of new campaigns.

“We’re trying to give coaching guidance while understanding the unique needs of different departments. Because we’re in a heavily regulated industry, there are necessary checks and balances, but to the extent possible we’re working to calibrate these practices across the organization,” Sankaran explains.

“Our CEO has introduced an initiative around corporate speed, looking at how do we work more efficiently and apply some of these agile methods across the business, thinking about how to optimize the organization as a whole.”

A big part of this is an employee empowerment initiative that seeks to identify impediments across the eco-system, asking people to point out barriers getting in the way of collaboration and autonomy. ”We’ve put a concerted efforts to identifying things that are disempowering for associates,” Sankaran says. “What we want to try to do is empower people to be able to do as much as possible without having to escalate something to leadership.”

Of course, this involves culture change among leadership as well. “What I tell my leaders is that we should be focused on setting strategy for the organization, but in terms of getting things done we should give our teams the tools and get out of the way,” Sankaran says. “This is the environment we aspire to create.”