Agile on a Beach 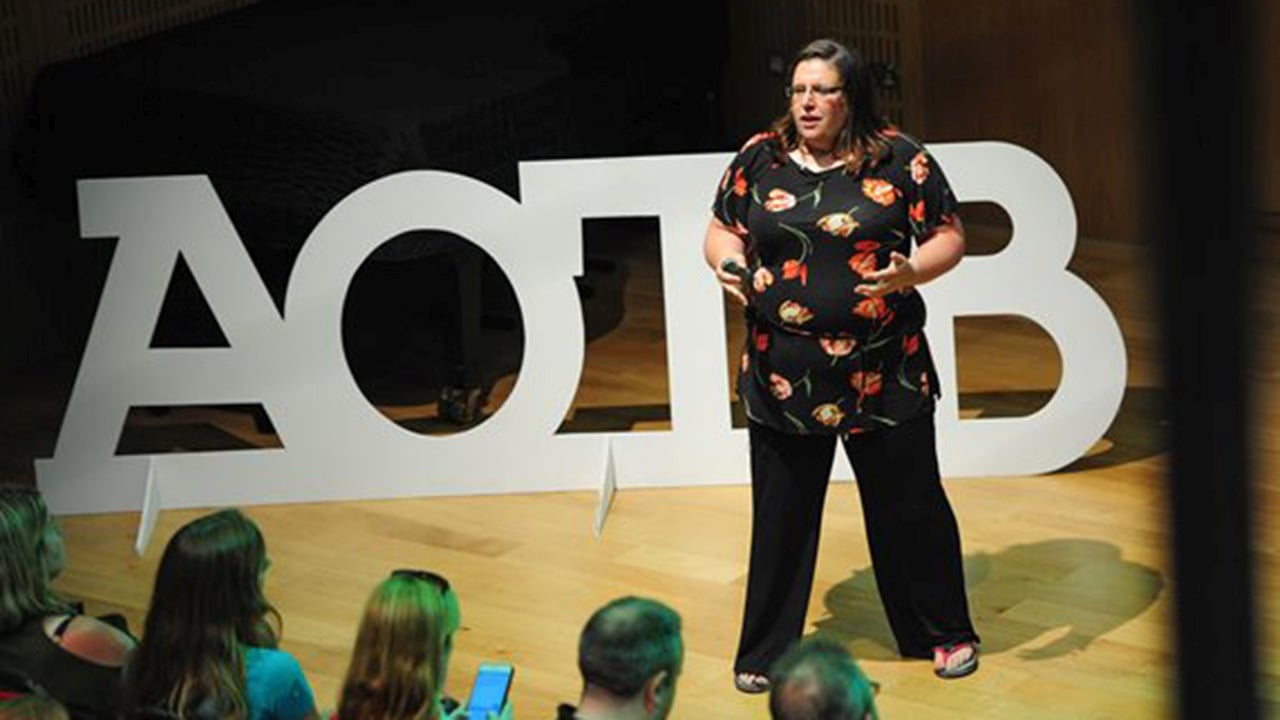 On a university campus in a remote corner of the U.K., some of the most influential figures in tech are gathered for one of the fastest growing Agile conferences in the world.

You may not have heard of it — yet — but this is Agile on the Beach, a two-day conference now in its sixth year. It has grown from just 80 delegates in 2011 to an award-winning event regularly attracting 400 attendees. A total of 48 speakers have traveled to be here, not just from across the U.K. but also from the U.S., Russia, Israel, the Netherlands, Germany, and Romania.

It’s held in Cornwall, the westernmost county of England — a place that previously has been synonymous with traditional British seaside holidays and tin mining. The BBC’s hit heritage drama Poldark -is set here, proving popular with Cornish ex-pats and Anglophiles the world over.

But what the local business community will tell you is that Cornwall is a fast-growing tech hub.

Agile on the Beach is the area’s flagship conference event, drawing together world-class speakers and hard-hitting software development talent.

Keynote speaker Diana Larsen joined the conference from Portland, Oregon, where she runs FutureWorks Consulting, specializing in working with business leaders and their teams to create environments where both people and organizations flourish.

“I think technical people are drawn to live in beautiful places,” Larsen told the attendees during her presentation. “It’s absolutely gorgeous here. It reminds me of Portland, where I live. There’s a lot of energy here and a real eagerness to participate.”

The conference’s name is a bit of a red herring — most of the talks and presentations take place not on the beach but on the leafy campus of Falmouth University. It’s on the Thursday evening that delegates and speakers descend on Gyllyngvase Beach, against the backdrop of Pendennis Castle, for a proper Cornish party complete with beers and pasties.

Cornwall is an area that has experienced deep economic deprivation. For around 25 years, following the demise of the tin-mining industry, the county has benefited from funding from the European Union to improve infrastructure and develop the economy. Yet it’s a region of entrepreneurship and creativity. A culture of self-employment and business start-up is encouraged, and the county is home to at least 22,000 businesses within an overall population of around 500,000 people.

The focus of the EU funding has been to encourage business acceleration and high-growth start-ups, to stabilize the area’s economy against the seasonality of the tourism industry. Part of this involved an agile coaching project through the Grow Cornwall program, delivered by business acceleration company Oxford Innovation. The project introduced organizations to the broad concepts of agility and how it can unlock productivity, creativity, innovation, and ultimately, growth. Tech, media, and creative were obvious sectors to focus on.

And it seems to be working. According to the Tech Nation 2016report,Cornwall was named the second fastest-growing tech cluster in the U.K. During 2017, there was 61 percent growth in jobs within the tech sector in mid Cornwall, compared to the national average of 17 percent. Digital GVA (gross value added) is worth £39 million, up 20 percent since last year.

The report also revealed that 91 percent of workers within Cornwall reported a good quality of life, and 79 percent reported being optimistic about growth in the tech sector.

Belinda Waldock, author of Being Agile in Business and a member of the organizing committee of Agile on the Beach, is also behind Software Cornwall, a social enterprise that aims to bridge the skills gap between young people seeking employment in the sector and the software companies hiring.

“It’s driven by the passion of our industry and the power of our community,” Waldock said at the conference. “Cornwall’s heritage is steeped in engineering and innovation, from railways and mining to marine.

“Software engineering is the 21st century version of that, in my eyes. It provides the jobs our communities need. And I love that Software Cornwall is making a difference. We’re fixing the pipeline between young people leaving school and what the tech industry needs to continue to grow.

“Some of the kids that join us feel isolated or may have learning disabilities. But they realize they have a talent and they find their tribe. They can blossom and be themselves.”

So why Agile on the Beach?

One of the driving forces behind the conference is tech business leader Toby Parkins. Back in 2011, Parkins was running a small web development company, Uknetweb, in the coastal village of St. Agnes. He had recently embraced agile. He was also in the process of setting up Headforwards, which has gone on to become a high-growth outsourced software development company that works with a number of household brands.

Parkins was looking for a way to bring high-quality professional development to his staff. A chance conversation with Mike Barritt, who at the time was a tech coach for Grow Cornwall, sparked an idea for a “get-together.” This soon led to a full-scale conference, with just five months to organize it. Agile on the Beach was born.

“My company had been adopting agile and was finding it was amazing. It enables businesses to become so effective,” Parkins said. “We had the idea [for the conference] in the March and got together with Mike to discuss it properly in April. We thought, ‘Let’s get some people who really know what they’re talking about.’ We set the date for that September.”

Now the event is strongly attended by a mix of Cornwall-based software teams and business professionals, plus national and international delegates.

Consultant and author Allan Kelly had supported Toby Parkins in introducing Agile at Uknetweb and was one of the founding organizers of Agile on the Beach.

“There is a strong engineering culture here,” Kelly explained. “What is interesting about agile is that it is a problem detector — it helps you see what the problem is much quicker. You can have all the business agility you want, but if you haven’t got the quality of product and service, you can’t grow.”

One of the people who helped pull the conference together from its early days was event organizer Claire Eason-Bassett. She has seen the event grow from 80 delegates in 2011 to around 400 today.

“It was very much about meeting local need but living and breathing on a national and international scale,” Eason-Bassett explained. “Support from partners such as EU-funded programs Oxford Innovation and Unlocking Potential meant we could access high-profile speakers, which gets us recognized on an international stage.

“I really like how we capture people’s imagination. You hear it when people are buzzing during lunch, or chatting during the beach party. It’s very immediate feedback, and very agile.”

The conference and its content have inspired Eason-Bassett to adopt agile in her business, Mackerel Sky Events, which has seen growth of about 30 percent that she attributes to adopting more flexible approaches to work.

Agile frameworks appeal to Eason-Bassett’s analytical brain — she came into event management from a degree in mathematics.

“We don’t strictly do Scrum in a software development way, but when it comes to problem solving — absolutely,” she said. “I believe the point of agile is to be able to adopt it for your own purposes.”

A key success factor of the event is attracting high-profile, expert speakers. For the 2017 conference, one of the keynote speakers was James Grenning, a member of the group of 17 originators of the Agile Manifesto in 2001. He claims that the wide adoption of the framework across sectors and specialities is not always to be celebrated; he is concerned about what he coins “agile gone badly.”

“There are a lot of organizations and teams successfully using agile, but there are also a lot of people going through the motions and calling it agile,” Grenning explains. “Sometimes it’s turned into a micromanagement technique or a hurry-up technique.

“I publicly object to the word sprint. I think it implies fast but doesn’t represent sustainability or quality.”

Grenning added, “But the good thing about [agile adoption] is it’s showing people there is another way to work. What I would like to see is more effective use of retrospectives and continuous improvement.”

Continuous improvement was a theme widely appreciated throughout this year’s conference. Every year speakers submit papers from a broad range of industries, but the most popular sessions bring a sense of fun and celebration of projects done well, as well as opportunities to learn from things going wrong.

Anna Obukhova, who attended the conference from Moscow, presented on the truly human side of agile project management: What happens when team members reach exhaustion and burnout? In her talk "Fragile Agile," her key message was that agile coaches should re-evaluate goals and priorities in the face of fatigue.

“Agilists are in a danger zone of burnout,” she noted in her presentation. “There’s mismatch of our expectations in terms of what the goal is and what we can realistically achieve in a day. Agile is a word, and it’s not a silver bullet.”

Someone who agrees is Craig Girvan, a ScrumMaster and co-director of Headforwards (with Toby Parkins). He moved back to Cornwall after having worked in-house with online retailer and grocery giant Tesco.com.

“I used to be a real Scrum evangelist. I got really hung up on Scrum and on following it to the letter,” Girvan said. “But I found it wasn’t quite working for a client. So, I went back to the Agile Manifesto and realized it’s about what works with people, not the process. The Agile Manifesto doesn’t say Scrum; it says that people are more than the process. At Headforwards, we’ve adapted elements of Scrum and Kanban.”

Every year about half of the 90-strong team at Headforwards attend Agile on the Beach during the two-day event. It’s an affordable professional development opportunity right on their doorstep, which was the kernel of Parkins’ original vision for his staff. However, both Parkins and Girvan are keen to share the benefits of agile with a wider community of businesses and organizations.

“We are deliberately trying to offer content that covers teams, business, and wider application of agile,” said Parkins. “Non-techies can get a lot out of it. It’s spread into other communities in Cornwall.”

He believes a key draw for the conference is the Thursday evening beach party.

“Unfortunately, we do hear of some people who want to attend who get turned down by their employers, because they think it’s a bit of a jolly,” Parkins admitted. “But it’s great to be learning whilst having fun at the same time. Learning should be enjoyable.”

Parkins also believes that Agile on the Beach has had a broad impact on the tech sector in Cornwall.

“Agile on the Beach has raised everyone’s aspiration. We listen to some of the best speakers in the world, and we realize that we can deliver world-class software, all whilst having a good lifestyle.”

AOTB, as it is affectionately known, has certainly put agile on the map in this ambitious part of the U.K. Just weeks after the conference, the Poly — an arts center in Falmouth — kicked off a series of talks entitled “Cornwall and the Digital Revolution.” First on the bill was Being Agile in Business author Belinda Waldock, presenting her work to grow Software Cornwall and her plans to encourage broader adoption of agile.

That aim resonates locally. Judith Hann (CEO of the Poly) noted, “As a county on the periphery of the British Isles, we have a strong history of developing solutions for our own and others’ problems.

“That creative thinking is built into the Cornish DNA, and it’s important that we nurture and encourage inventiveness through technology in all fields of life. Thinking creatively, harnessing the potential of new tech, and reinventing old tech is how we develop opportunities for the whole community to prosper.”